•The Bugallo-Williams Piano Duo premieres “On and On” in Basel, Switzerland (June 2022)

•2021 Time Spans Festival (New York City):  “Urquintett” to be premiered by Tony Arnold and the JACK Quartet and the Bugallo-Williams Piano Duo live in concert (August 2021)

•Review of Child’s Play: “Williams’ writing is as ever inventive and enjoyable from start to finish.” (Geoffrey Deibel, NACWPI Review, Winter 2018-2019)

•“A Day in the Life of a Pittsburgh Composer”: article in The Pittsburgh Post-Gazette by Jeremy Reynolds (October 2018) 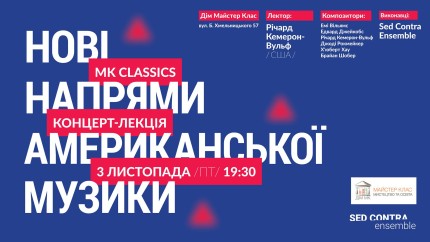 •Review of Richter Textures: “…the evening’s most thrilling revelation was the work of composer Amy Williams, whose ‘Richter Textures’ is an attempt to capture in sound the look and feel of seven paintings by the German artist Gerhard Richter. This is the sort of project that can too easily lapse into either translation problems (how does this visual color correspond to that musical harmony?) or a lack of structural autonomy. But Williams’ 20-minute string quartet — a series of seven superbly delineated movements played without pause — bristles with such imagination and vitality that the music soars free of its original inspiration. The textures of the title are vivid enough in themselves — jittery, beautifully turned bursts of figuration in the first movement, a sequence of eerie, static string harmonies in a later one, a densely packed chord that exploded in chugging rhythms to close. But on top of that, Williams’ harmonic choices are always both refined and surprising, and her mastery of rhetoric compelling at every turn. The JACK Quartet gave the piece a beautiful, robust and alert performance. In a just world, ‘Richter Textures’ would find its way into the repertoire of every comparable ensemble.–Joshua Kosman, San Franscisco Chronicle (October 2017)

•review of “Cineshape and Duos” CD: “This is often gripping music of broad gestures and arresting presence. The four works in her Cineshape series make references to films – the Korean film “Chunhyang,” “The Lives of Others” (which won the Oscar for foreign film), “Run Lola Run” (which inspires Williams piano music that ought to be standard in postmodern recitals) and Hitchcock’s masterpiece “Rope.” The performance level here is so high that any worries about classical new music having too hopelessly narrow an audience to communicate clearly are more than a little absurd. The best recording of Williams’ music yet.”–Jeff Simon The Buffalo News (July 2017)

•Williams named U.S. Fulbright Scholar: She will be teaching and composing at the University College Cork, Ireland for the 2017-2018 academic year (April 2017)

•Williams wins one of five Koussevitsky Commissions: to write a new piece for soprano Tony Arnold and the JACK Quartet (July 2016)